How Much Energy Does Recycling One Aluminum Can Save? | Waste Wise Products
20% Off select Wipe Dispensers - Free Shipping Shop Now!

BlogRecycling TipsHow Much Energy Does Recycling One Aluminum Can Save?

How Much Energy Does Recycling One Aluminum Can Save? 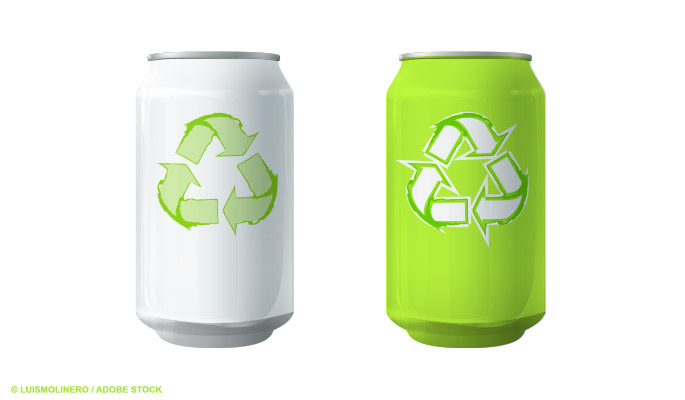 Recycling bins are everywhere. We see them on the street, in the office, and for many of us, they’re sitting in the garage just waiting to be taken out on trash day. And we know we should separate our garbage and recycling because it can make a difference. But it feels general, and vague… like how we know planting trees is good for the environment, but we’re not sure just how much good our Earth Day efforts are doing on a large-scale.

So, take a look at that aluminum can on your desk. You know, the one your morning cola or afternoon diet pick-me-up came in. It’s nothing special, right? Well, if you were to take that empty can, and toss it in the recycling bin, it could be back on a supermarket shelf in as little as 60 days. That’s a closed loop, keeping the same metal in rotation with no wasted energy or extra trash, according to Recycling Revolution. What’s even more compelling than that, though, is that recycling that one can saves enough energy to power a television set for three hours. Or, put another way, that one, small act of recycling saves the equivalent of half a gallon of gasoline in expended energy that would otherwise have gone into making a new can from scratch.

How Much Energy Are You Saving?

Even if all you recycle are the aluminum cans you use every day, consider how many gallons of gasoline you would personally be responsible for saving in a year. What about your newspapers? Your magazines? How about that cardboard? While it might not feel like your efforts do a lot, remember that they matter both on a small-scale as well as a large one.

This entry was posted in Recycling Tips. Bookmark the permalink.