Could Solar Greenhouses Cut Down on Food Waste, and Create Sustainable Energy? 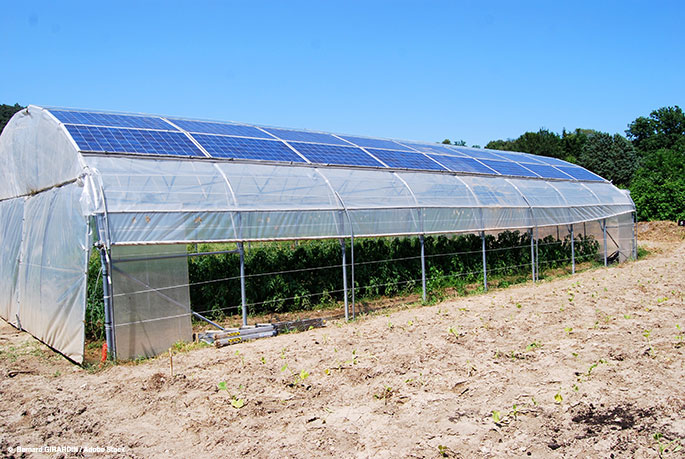 Greenhouses are not a new invention by any stretch of the imagination, but we have been making more use of them than ever before. And why wouldn’t we? They allow us to grow pretty much whatever kind of food we want, all year round. Even better, greenhouses protect produce from outside influences like drought, foul weather, and insects, allowing more of what’s planted to reach fruition and to make its way onto our tables. However, it takes a goodly amount of power to keep greenhouses at the ideal temperature and to ensure everything from the humidity to the moisture fans keeps running.

To save energy, and to reduce the waste generated from growing necessary foods, researchers from the University of California in Santa Cruz have built a pink greenhouse that just might kill two birds with one stone.

According to The Next Web, these pink greenhouses alter the light that enters them to both create solar power and to help plants grow better. The pink sheeting eliminates green and blue wavelengths of light, enhancing the red wavelengths that enter the greenhouse. The plants grow at least as well, if not better, in this altered light. Then, meshed in with the pink covering, are strips that capture the solar energy, using is to power the greenhouse’s electrical needs. Given that, in the United States alone, greenhouses account for roughly twice the size of New Jersey in land area, that is a huge solar potential. And if those greenhouses could become self-sufficient, that would be a massive weight taken off the grid, and it would drastically cut the amount of emissions they currently cause.

Even better, we could have watermelons whenever we wanted them, without worrying about how much energy it cost to grow them.