Is Corporate Social Responsibility The Reason We Have More Solar Jobs Than Coal? | Waste Wise Products

Is Corporate Social Responsibility The Reason We Have More Solar Jobs Than Coal? 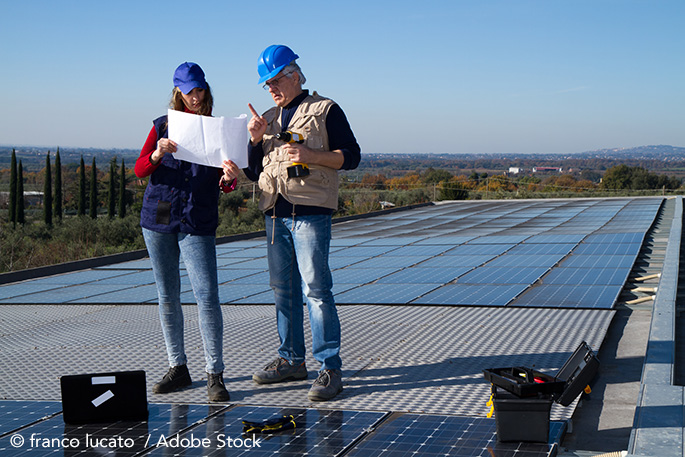 In the past, green energy was all about saving the planet. We conceded that if we wanted to have solar power, or wind power, then it was going to cost us money. It was also going to cost us convenience, and it might result in us having to change the lifestyle we’ve become accustomed to. Worst of all, though, focusing on green energy would have hurt the economy.

Of course, that was then. Nowadays, according to Vox, solar energy is one of the fastest-growing fields in the U.S. Other forms of energy, like wind, aren’t far behind. But was this booming industry created for profits, or because corporations wanted to save the planet?

A Little of Both

On the one hand, it’s clear that corporations who have invested in solar power have done so to make a profit. Green energy is more reliable than fossil fuels, and as it becomes cheaper it will be able to undercut more traditional forms of energy like petroleum, coal, etc. As more people invest in this reliable form of energy, more jobs are created, and the industry grows.

Was the move driven entirely by a desire for profits, though? It’s impossible to say with certainty, but corporate social responsibility cannot be overlooked. Businesses plan for the long-term, and abusing the environment for short-term profits doesn’t make sense as a strategy. So when businesses and corporations who were interested in being both cleaner and greener showed they were also showing profits, that became a one-two combination that has led to the kind of growth we’re seeing today.

This is the reason so many people say green energy is here to stay. Because while solar power is good for the environment, it is also cheaper, more sustainable, and more stable than traditional fossil fuels. And those are the qualities that will weather political storms, lobbying, and attempts from older sectors to stop competition.

Because if something is both profitable, and good for the environment, that thing will eventually win out.

Tags:
csr
This entry was posted in Corporate Social Responsibility. Bookmark the permalink.