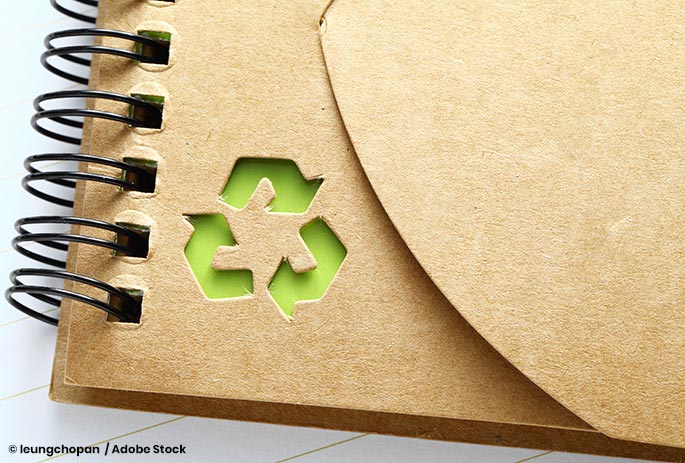 One man's trash is another man's treasure, or so the old saying goes, and that's been true for animal waste ever since humans figured out how to herd. However, while manure has been used as fertilizer by farmers for ages, it turns out that there are other ways we can recycle animal waste. Such as turning all that poop into paper.

According to Mental Floss, there are all sorts of companies the world over who are currently turning manure into notebooks. In Thailand, elephant poop is an ideal candidate for paper, since only about 45 percent of the plants and fibers the elephant consumes are absorbed. Panda poop is also used, given just how high in fiber their diets are. However, the Welsh company Sheep Poo Paper has managed to get similar results using sheep droppings, which are quite plentiful across Wales in particular, and the British Isles in general.

We rarely stop to consider just how much animal waste there is in the world, and what a problem it's becoming. The sheer amount of greenhouse gases released by the cattle industry is staggering, for example. But what if all that poop, which is just sitting around on the ground, was suddenly worth something? More importantly, what if it could be harvested to create paper products people use every day? How many trees could we stop from being pulped if we harvested poop, instead? And, at the end of the day, how many greenhouse gas emissions would this end up stopping as a net gain?

Quite a lot, if it went mainstream. But even as a novelty product, there's something to be said for turning waste into a resource.