Red Wigglers at the Airport? Lessons in Large Scale Vermicomposting 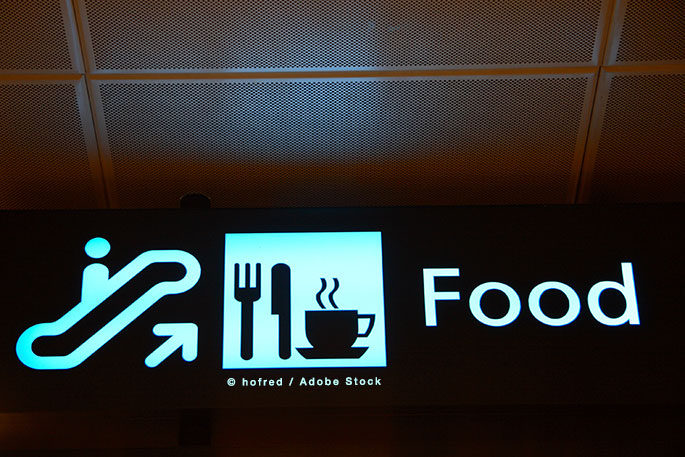 How can you turn the airport's busy and thriving ecosystem into a model for the circular economy?

The idea was grand; a recycling center at the Charlotte Douglas Airport that took food waste intended for the landfill, and converted it to worm castings and compost suitable for use in the airport's landscaping. This composting program was part of a large-scale sustainability effort that also included recycling initiatives for plastics, discarded clothing, and several other projects. The use of worms; red wigglers, for vermicomposting has been developed at a small scale by permaculture practitioners and companies trying to create products for the home and small homestead market. These backyard-sized composting bins look something like a beehive, with layers of drawers or trays, the bottom of which is wide mesh screening. The worms come up through the trays to eat the food, and the casings drop down through the composter. The worms can turn a season-long composting effort into the work of a couple of weeks, and end with a product that is ready to use or sell.

Scaling Up Vermicomposting For The Airport

The large-scale works at the airport had to be designed and built, as the system had not been developed at that size and scale before. The idea was to take all of the paper waste and food waste from the various airport systems, let it begin to break down, and after a couple of days, feed the scrap to the worms. In smaller systems, a carbon-based layer of bedding is followed by successive layers of food. The amount of moisture and the temperature of the beds has a smaller range than a typical outdoor composting system, and the worms can be easily drowned by too much water or killed from too much heat. They do not need to be fed every day, and too much food entering the beds will cause both the moisture and temperature to deviate. Another issue that almost immediately became problematic was how to separate the types of food and paper waste into the forms that were good for the worms, and the few forms that were not. This was problematic with the volume of food coming from the airport, and the way it was delivered from the various restaurants and food preparation areas.

The company that had been contracted to run the system failed and the airport could not find any new takers for a system that was a challenge even on a theoretical scale. But since this ambitious project failed, several significant steps forward have been made in developing processes and equipment for large scale vermicomposting operations. The beds themselves remain small, but are scaled up in long rows of connected beds that look similar to raised gardening beds on legs. Their moisture and temperature can be monitored closely. Many of the working operations have at most two or three sources of food waste for the worms; usually animal manure and shredded paper, or plant waste from local farms or food processing facilities. The waste is prepped before it goes to the worms, so the size and scale are fairly uniform. In these large beds, worms are fed usually twice a week, and the rest of the waste is stored before use.

Machines have been developed, mostly by the worm farmers themselves, that perform a variety of tasks. Sorting the worms from the finished casings in a way that doesn't harm the worms, and allows them to go back to work, is usually done by some sort of mesh or screened device that turns like a turbine. Automation of all of the systems is rare at this stage, but is being developed to prep the food waste and to separate the casings into a form that can be bagged and sold. With new types of automation in development, and farmers scaling up operations, the lessons learned in large scale vermicomposting may lead to new opportunities in the next few years for food waste processing systems at a large ecosystem like airports.