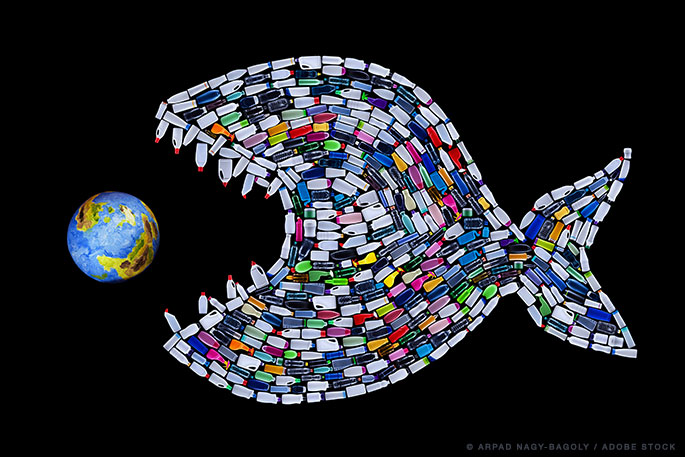 The use of plastics is always a red button when it comes to discussions of sustainability and the environment. On the one hand, plastic is a major source of trash, and it's made from petroleum feedstocks, which eats into a non-renewable resource. On the other hand, plastics are so widely used that even reducing them causes hardship, and eliminating them looks nearly impossible from a practical standpoint.

Thanks to a breakthrough from a California company, though, there might be a third option.

Carbon-Negative Plastic Made From Greenhouse Gases

While it might sound like something too good to be true the California company Newlight Technologies has figured out a method that can turn carbon from greenhouse gases into plastic pellets, which can then be shaped into a huge variety of plastic products. This eco-friendly plastic is comparable to traditional plastic in strength, as well as price, and it actually takes carbon out of the atmosphere.

This isn't a reduction; it's a full on carbon withdrawal that's happening. That cannot be stressed enough.

What's It Going To Be Used For?

There are a number of companies who are jumping on the bandwagon for this new, carbon-eating plastic. Dell computers, for instance, has said that it wants to use the plastic for laptop packaging. If the plastic proves reliable and sustainable, it will eventually begin using it to make components for its computers. Sprint, not to be outdone, has stated its intention to begin making smartphone covers from this plastic. A huge market that's simple to get into, phone covers represent a first step that could eventually lead to phones themselves being made from this plastic of the future.

Where this unique technology will go from here, no one can say. Is it possible that in the future everything from the chairs in elementary school classrooms to the cases for your tablet computers will be made using this unique, carbon-negative plastic? Yes, it's possible. On the other hand, this technology is still fairly new, and it's not an established part of the consumer market. It might be best to bank our enthusiasm for now, and see how it actually performs while it's out in the world.

2 Responses to Is Carbon-Negative Plastic A Potential Plastic Pollution Solution?

As Fast Company reports, Vermont has become the first state to "ban" food waste. Henceforth, residents and businesses will be required to put things like apple cores, potato peelings, and any spoiled food into separate bins that will be picked up periodically from the curb.

The Covid-19 pandemic has put a serious strain on personal protective equipment (PPE) in the medical field. We've all seen photographs of medical professionals wearing garbage bags or other alternatives when official PPE simply is not available.