How Restaurants Can Reduce Reliance on Single-Use Plastic Straws 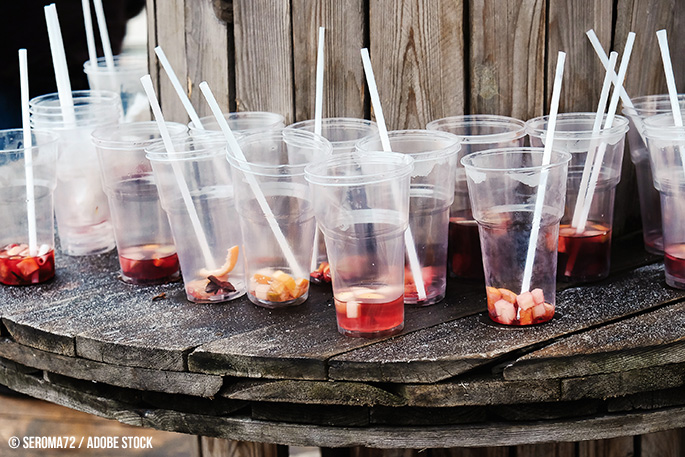 Most of us don’t think about the straws we get with our drinks when we’re out to eat. We just pop them out of their protective wrapping, push them into our drinks, and get on with our meals. But how many straws do we use in a day? And how much plastic waste does that represent?

Well, according to Ecocycle, the United States alone goes through about 500 million plastic straws per day. To put that in perspective, that’s enough plastic straws to fill 127 school buses. Every day. To make matters worse, a huge number of these straws wind up in waterways and oceans. They create clogs, harm wildlife, and in general create problems for the environment.

What’s the alternative, though? Not giving people complimentary straws?

Restaurants who stop giving patrons drinking straws realize a big savings over time. Not just in terms of the amount of waste they’re creating, but in terms of monetary savings. Even if a restaurant institutes a policy where servers only give out drinking straws if patrons ask for them, that puts a huge dent in the amount of waste these businesses generate. And if corporations take it a step further by embracing biodegradable straws, or straws made of natural materials like bamboo instead of plastic, then that will have an even greater impact.

And that’s exactly what more and more restaurants are doing, according to reports by WECT 6. While no-straw initiatives have started locally, they’re gaining enough momentum that cities and bigger corporations are taking notice. And, more often than not, choosing to join in.