877-491-3003
BlogPlastic PollutionDitch the Straw: One Small Change That Makes a Huge Difference

Ditch the Straw: One Small Change That Makes a Huge Difference 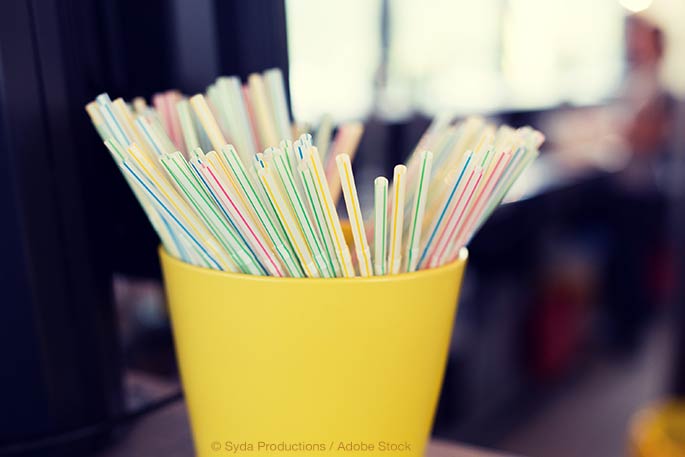 Five Hundred Million. That’s a five with eight zeros after it. This is how many drinking straws Americans are estimated to use daily. And while that number has been contested, there is no question that single use plastic straws are becoming a hot-button issue. The good news? By making one small change to your beverage-sipping repertoire, you can make a sizable dent in the issues associated with single use plastic straws.

Straws are a particularly insidious form of single-use plastic waste. They rarely make it into recycling bins and when they do, they are small enough to slip through the sorting process. They inevitably end up in the landfill where they will spend the next 2000 years…and that’s the best case scenario.

Because of their light weight, straws are susceptible to being windswept into our waterways. Here, they cause irreparable harm to sea life and long-term pollution issues in our water. It is estimated that 71% of seabirds and 30% of turtles have unknowingly ingested plastic, and the mortality rate for these animals is a staggering 50%. Further, when the plastic breaks down into smaller pieces (known as microplastics), it poses continued threats to fish and other marine life. This result is malformations and fatalities, an imbalance in the ecosystem and untold long-term consequences for everyone. This issue is so pervasive, in fact, that the oceans’ levels of plastic waste is set to outnumber fish by 2050.

Fortunately, avoiding straws is a small change to your routine, but one that yields significant dividends. By shunning straws, over the next ten years you will prevent 38,000 pieces of this single use plastic from our landfills and waterways. And the change doesn’t have to be inconvenient. Here are a few alternatives to consider:

By ceasing the use of plastic drinking straws, you are making a small choice that leaves a big impact. Use your knowledge to spread the word and help Americans to ditch the straw!