The World’s Largest Dump Truck Never Has To Be Recharged 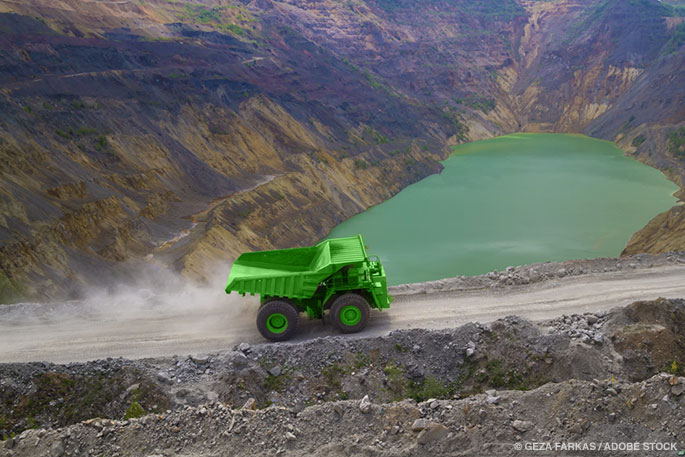 Electric vehicles have been around for over a century, now, but they don’t have the same kind of infrastructure that internal combustion vehicles do. And depending on where you’re driving, you may not have charge stations anywhere around except at your own home, and maybe at one or two stores. But what if you could drive your electric vehicle endlessly, without needing to recharge it? What if the very act of hitting your brakes juiced up your battery?

That’s why the world’s largest electric vehicle (a 110-ton dump truck that trundles through a quarry in Switzerland) has never once needed its battery recharged by an outside source, according to Intelligent Living.

The sheer weight of a dump truck, especially one that’s loaded with tons of stone, is a massive source of potential energy. When the eDumper, as it’s called, drives up the 13-degree incline it takes to get to its loading location, it spends some of the charge in its batteries. However, because it comes down much heavier than it goes up, hitting the brakes provides more energy than it actually took to get the vehicle up the hill. No matter how many loads the eDumper hauls, and how many times it goes up an incline, it never needs to recharge its battery because it does so on the fly.

What This Technology Could Do

That sort of efficiency, as well as cost savings, is something that could have a huge impact on heavy equipment, mining, and quarrying if it were adopted on a grander scale. While the potential for energy to alter the way we think about power storage and capacity is not new; it’s finally starting to get some attention.

Another way these physics are being employed is the ARES energy storage system. This system uses excess green energy to haul heavily-laden trains up a steep grade. Once at the top, the train is locked in, and all the potential energy is waiting. Once released, the train rolls back down the hill, creating fresh electricity when it’s needed, not unlike how the eDumper recharges itself while it works. The potential is limitless if applied creatively!