Recycling road while rebuilding could save infrastructure woes 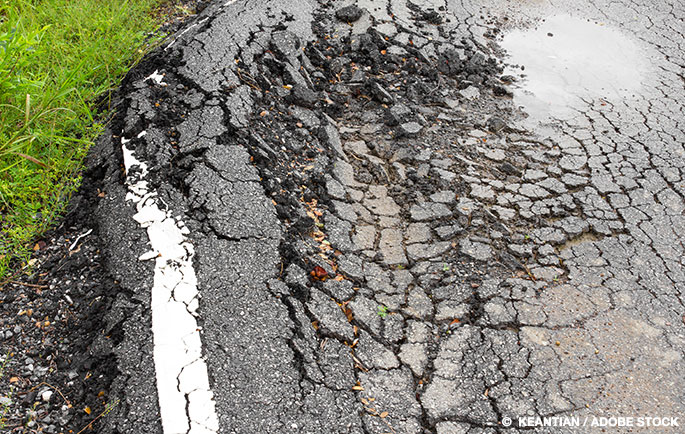 Infrastructure repair has been a vexing problem in the United States for decades. Presidents and Congresses of both political parties have wrestled with the expense of repairing roads and bridges. Equipment World has a story about a recycling innovation that may decrease that cost.

The process is called full-depth reclamation or FDR for short. The idea is to pulverize the existing pavement and base materials, mixing the result with water and concrete, then laying it down as a base for a layer of asphalt or concrete. The idea has been around for decades, but hitherto has been expensive, as it requires several passes of machines to, in effect, recycle and improve an existing road.

A company called Atlanta Paving is using a new machine that pulverizes, mixes and then repaves the old pavement all in one pass. Then other machines follow that mill and roll out the new pavement on top of the base materials. The result is a process that costs about half as much as repairing a road using conventional methods, besides recycling and reusing old building materials.

The process looks good on paper, but the hard job is to convince state and local governments that need road repairs that it works in practice as well. So far the results, thanks to a number of projects that Atlanta Paving has undertaken, look very promising. The FDR method can provide a stronger, longer-lasting road for less time and less cost. Thus, the process is likely to catch on, especially if infrastructure repair receives more action than talk in the future.