Are Vertical Forests an Answer to Corporate Social Responsibility and The Environment? | Waste Wise Products

Are Vertical Forests an Answer to Corporate Social Responsibility and The Environment? 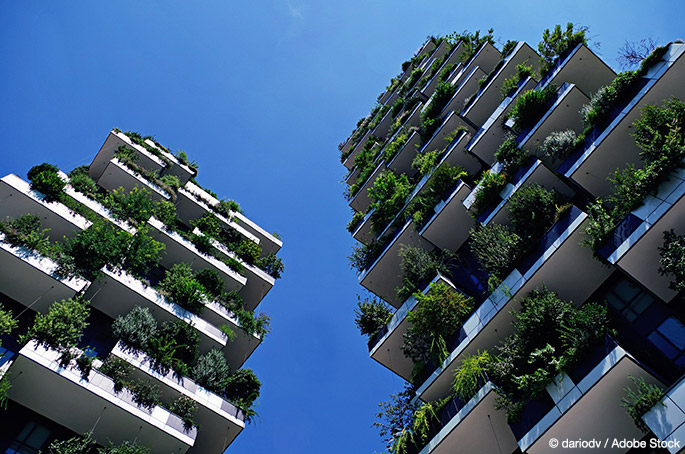 When we think of people fighting climate change, we tend to think of activists and protesters. We also tend to put corporations on the side of those who are making global warming worse; faceless entities harming the planet in pursuit of profits. However, more and more often, it’s corporations who are taking steps to slow climate change, and to be cleaner, greener companies.

Why? Well, partly because being green is good for business. Solar and wind energy, like that used by Google, is more reliable than depending on fossil fuels. Creating products from recycled materials, like the Adidas shoes made entirely from recycled ocean trash, is good for the baseline cost of an item, as well as earning the company social credit. However, according to Yahoo! News, China has a new architectural unveiling that might create a new trend in the world of green business; The Nanjing Vertical Forest.

There is no room to just plant a forest in the middle of the concrete jungle. Since cities produce huge amounts of pollution and CO2, they are the places most in need of the purifying effects of greenery. That’s where the vertical forest comes in. A pair of towers, one with over 30 floors and the other with nearly 20, will sport a literal sky forest. There will be thousands of trees right in the heart of the city, which should absorb over 25 tons of carbon every year.

The smaller of the two towers is going to be a Hyatt hotel. The larger of the two will contain a variety of businesses, including a museum.

Those numbers don’t seem large, but ask what would happen if more cities had buildings with this kind of design. What if there was a vertical forest on every city block? How much CO2 could we suck out of the atmosphere? How much oxygen would we add? And how much more pleasant would our cities smell? Well, we’ll find out if this becomes the new corporate social responsibility trend.