Could We Turn Today’s Nuclear Waste Into Tomorrow’s Energy? 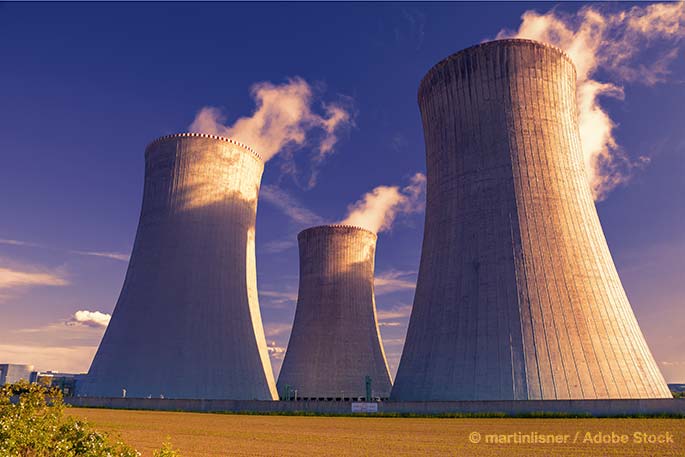 Nuclear power, whatever its other drawbacks, is often seen as an alternative way to cease our dependence on fossil fuels, and to create cleaner energy. However, one of the major drawbacks of nuclear power is that it creates extremely hazardous waste. But what if we could take that nuclear waste (something we already have in spades), and turn it back into a viable energy resource?

According to the World Economic Forum, that’s exactly what some scientists are trying to do.

How Will That Work?

The idea behind this proposed project is to take radioactive carbon-14 (which could be harvested from radioactive graphite containers used in nuclear storage), and then turning that material into diamonds in laboratories. Because carbon-14 emits energy as it decays, it is theoretically possible to turn these diamonds into batteries that can generate electricity for hundreds (if not thousands) of years with no additional input necessary.

That sounds like science fiction, but at this point, it falls more into the realm of scientific theory. According to Snopes, this proposal has been around since the late 1970s, and the science works on paper. At least as far as the process for creating synthetic diamonds, and the process for using betavoltaic cells, both exist separately. As of 2018, there are no reports of the two processes being married together in order to create these long-lasting, nearly permanent batteries as a way to both reduce nuclear waste and create a source of green energy.

Could it be done? It’s certainly possible, and engineering professor Tom Scott thought it was an idea worth more than conjecture and consideration when he proposed it during a 2017 lecture. And given that we live in a world where science fiction becomes science fact on a nearly day-to-day basis, it’s possible that this might be one more way we turn our trash into a valuable commodity in the future.

This entry was posted in Circular Economy. Bookmark the permalink.