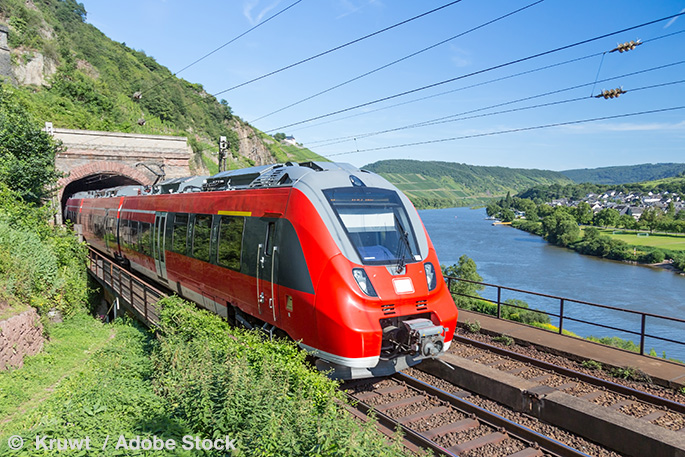 Trains are one of the chief methods by which Europeans travel, and that's been the case for over a century now. And while there have been a lot of improvements made across Europe reguarding green energy used in homes and businesses, many of the commuter trains still run on old-fashioned diesel-electric engines. However, Germany is taking steps toward breaking even that tie to fossil fuels by deploying its first zero emission commuter train. It runs on electricity, and according to the Independent, the only thing it pumps into the atmosphere is water vapor.

A Different Kind of Steam Train

What makes the train Germany is deploying different from the typical passenger train is how it makes its power. The train has on-board lithium-ion batteries, and they're kept charged using hydrogen fuel tanks on the roof. One of these trains can travel 500 miles per day, at 87 miles per hour, which is staggering for an electric train. Additionally, because Germany has invested in hydrogen as a way to store solar power, they already have the infrastructure to generate more of this gas at a low cost, which could potentially revolutionize how the country gets its citizens from point A to point B.

Testing for this train will be conducted by the end of the year, and it will be opened up to the public in December 2017. In addition to Germany, there has also been interest from the Netherlands, Denmark, and Norway regarding these zero waste trains. And if these trains are successful in this handful of nations... well, it's only a matter of time until other countries want to embrace the cleaner, greener, and likely cheaper, form of transportation.