“In.gredients” Is The First Zero Waste Grocery Store in America 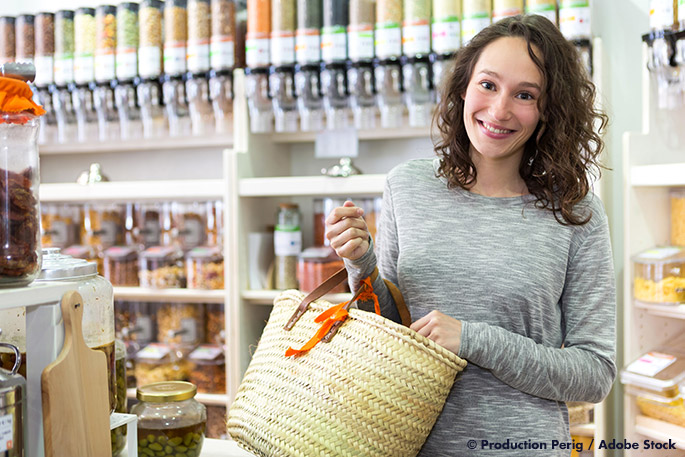 When we go to the grocery store, we usually try to get just the stuff we need. However, even if we focus on fresh produce, and try to get ethically harvested foods, we are still contributing to a huge amount of waste. From plastic bags to food packaging, a trip to the grocery store can create several pounds of garbage, even if none of the food goes to waste. But that's the price we pay for living in the modern age.

In.gredients, a grocery store in Austin, Texas, is the first zero waste grocery store in the U.S. If you watch this Insider video of how the store works, it's a world removed from your traditional grocer. There is almost no packaging for anything in the store, for instance. Oils and liquids are on-tap, and shoppers have to bring their containers or reusable bags. Alternatively, shoppers can buy bags, jars, etc. on-site, thus ensuring that they have them in their home the next time they have to get groceries. The store also has a garden on the rear property for growing and selling fresh items.

How big of an impact does that have, though? After all, it seems like a lot of work just for one store.

Well, as an estimate, this one store has diverted as much as eight tons of waste from landfills since 2012. One store, in a not-too-big neighborhood. Now ask what kind of impact stores like this might have if they were more widely available and if the sort of service they offered became a movement.