Recycling's Role in the Sustainability of the Environment 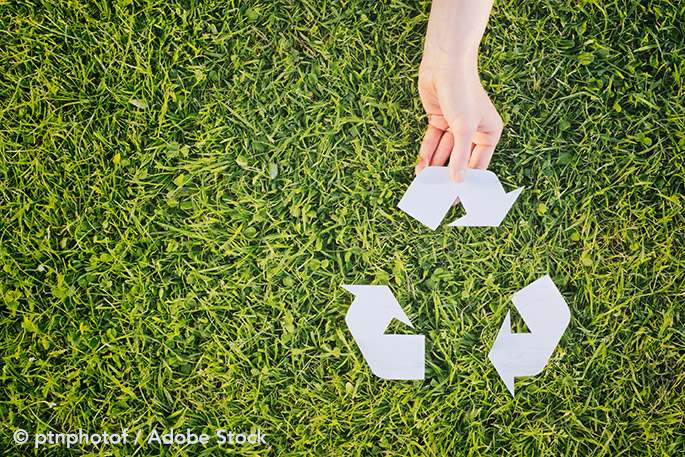 The goal of environmental sustainability, according to the Environmental Protection Agency, is for humans and nature to exist in productive harmony.  This definition clearly understands that production is at the basis of existence for both human and nature. Underlying this production in nature is recycling sustainability, as we generally understand, summed up in the universal adage, ‘ashes to ashes…’ It is also becoming more apparent that human production is also best to be based in recycling and the current trends are towards this end.

Recycling bins play a large role in the sustainability of the environment. The most recent EPA fact sheet reports on the volumes of recycled materials such as paper, plastic, glass, aluminum, steel, electronics, food, and clothing. One overall fact is that a total of 65 million tons were recovered in 2013, which is about 34% of the total municipal solid waste produced. An increasing trend is evident, in that only 10% was recovered for recycling in 1980. At the present rate, every day over one pound per person is recycled in the United States.

The recycling statistics show that 99% of lead-acid batteries, 67% of newspapers, 60% of yard trimmings, and 40% of electronics were recovered. Food recycling is at about 5% per year and makes up over one-fourth of all discarded municipal waste. Yard trimmings and food are recycled by composting the organic material for use in soil.

Ideas and methods to increase the rate of food recycling are a current top priority in the area of sustainability and the environment. One such idea is to develop easier methods for people to separate food for recycling. Recycling bins will most likely play an important role in this solution.

Tags:
environment, recycling awareness
This entry was posted in Sustainability. Bookmark the permalink.