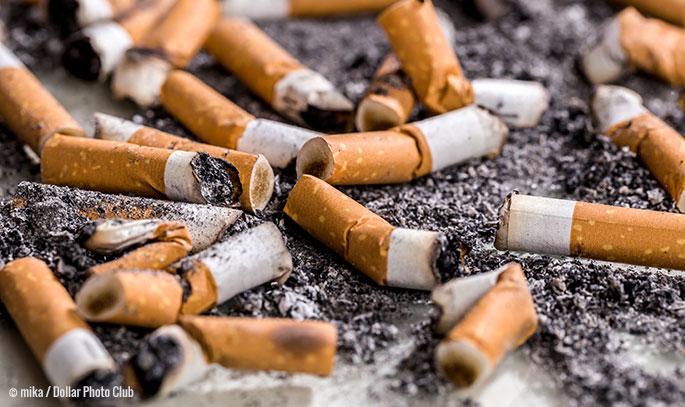 There is nothing quite as nasty as cigarette butts lying about where smokers flick them after getting their nicotine fix, even in these times when smoking has become socially unacceptable. With that problem in mind, the city of New Orleans recently launched a cigarette butt recycling effort, similar to one already in operation in Canada, according to the Huffington Post.

The idea is that cigarette butt recycling containers are situated near park benches and other areas where smokers congregate. After having their smoke, the smokers deposit their butts into the containers. City workers sweep up the butts that the more careless flick onto the ground and add them to the containers.

The organic parts of the butts, the paper and tobacco, are turned into compost. The tobacco is not used to make more cigarettes. The toxic residue on the filters is removed with gamma radiation, in a process similar to what is used on fish and other meat to remove bio-contamination. The filters are then shredded and melted down into plastic pellets. The plastic is then used to make building material or shipping pallets. The plastic is not used to make consumer products because of the stigma surrounding cigarette butts.

The benefit of recycling cigarette butts is that not only will cigarette butts be diverted from landfills and instead made into useful things, but that smokers will become environmentally aware and avoid flicking the butts onto the ground, creating an eyesore.

Tags:
city recycling
This entry was posted in Programs & Initatives. Bookmark the permalink.