Could Cactus Plastic Be In Our Future?
20% Off select Wipe Dispensers - Free Shipping Shop Now →

Could Cactus Plastic Be In Our Future?

We've been looking for alternatives to traditional plastics for decades now. While there have been some successes using plant-based materials, changes have been slow to come to the market. However, according to the BBC, a researcher in Mexico named Sandra Ortiz may have found a way to replace many of our current plastic needs using a product made from cactus leaves.

The idea behind Ortiz's project is to create a form of plastic that can replace single-use materials from shopping bags and fast food utensils, to straws and even soda can rings. In short, some of the most useful, but also the most problematic, kinds of plastic currently on the market. The formula simply uses cactus juice, made from shredded leaves, treated with non-toxic, natural ingredients, and then laminated. The formula and process can be adjusted to make plastics of varying thicknesses and colors, and they're generally on-par with a lot of materials that are available right now. However, plastic made from cactus leaves in this manner will biodegrade in about a month if buried in soil, or a few days in water. Even more importantly, though, this plastic is safe for humans and animals alike to ingest (though it's far from tasty), which could significantly cut down on risk to wildlife who often consume humans' plastic wastes.

The nopal cactus grows all over Mexico, and once leaves are plucked off, it will keep growing new ones. If the best strains of the 300 different varieties of the cactus are isolated and grown for use making environmentally-safe plastics, that could be a game-changer. Though the process has been proven in a lab setting, for now, the key is going to be industrializing it so that these plastic products can be produced on a significant scale. Once that happens, we could see some serious changes happening. 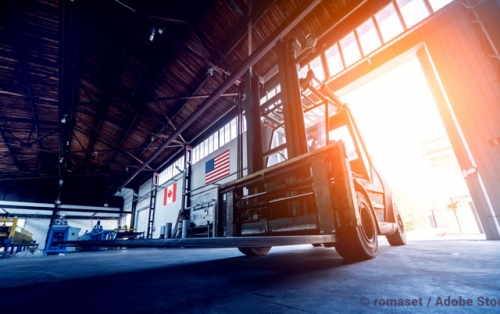 How Are Roll Pallets Used in Warehouses?

If your work involves industrial printing or packaging, you are often handling large rolls of materials like paper, film, tape, or other cylindrical-shaped products. Managing these materials is not always easy due to their size, shape, and weight.