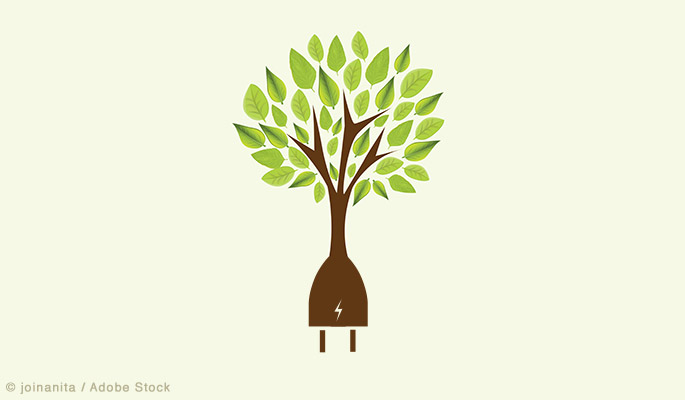 We’ve known for some time that big business is going to be a leader in adopting sustainable, clean energy. With Microsoft arranging to buy its energy from renewable power plants, and companies like Chevrolet and Nissan experimenting with their car batteries to run entire buildings on nothing buy solar power, we’re starting to see that green energy isn’t just good for the planet; it’s good for business.

Technology takes time between conception, and affordability, though. Which is why it’s so important that big businesses invest in it, and help fledgling technologies over the hump so they can benefit everyone.

Wind power tends to be area-intensive. Traditional wind turbines are meant to capture powerful air flows, which is why they’re huge, wide, and reach at least 50 feet into the air. Typically if your wind blows at less than 20 miles an hour, it’s not worth the effort to try to make electricity out of it.

That’s where the wind tree comes in. These trees, which were first shown in 2013, are structures covered in dozens of mini-turbines. All they need to start turning is a gentle breeze, which makes them ideal for urban areas where there simply is no room for a huge wind turbine. The idea made some waves, but slipped off the radar due to price.

That was until the Swiss Bank Piguet Galland installed the first of these unique turbines, according to Quartz. Despite the wind trees’ cost (several times that of solar panels that produce the same amount of energy), and their size, they show a promise that many European companies want to embrace. With one tree able to produce 2,400 kWh annually, it’s possible that the streets and corporate campuses could boast entire orchards of these trees. That will increase the amount of wind power being generated, but it will also increase demand. As we’ve seen with other technologies, increased demand often translates directly into lower costs over time.

Tags:
csr
This entry was posted in Green Tech. Bookmark the permalink.