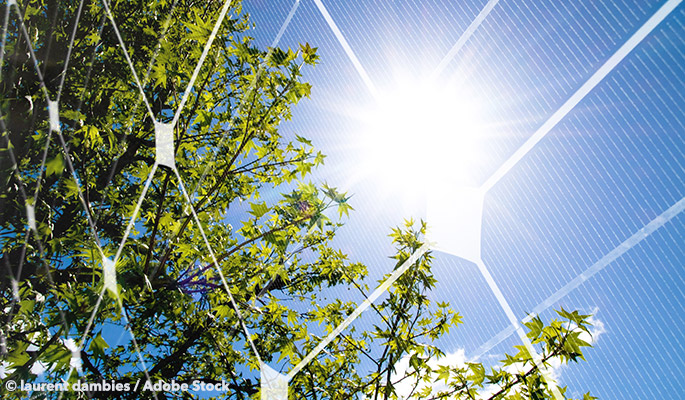 Solar energy is growing every day. What was seen as a pipe dream as little as a decade ago has now become a booming industry, and thanks to both investments and developments in technology solar panels have become a common sight. We see them on the roofs of houses, attached to light poles, and even in portable, campsite-style chargers. The problem many urban locations are facing is that while solar power has become more accessible, they still don’t have the space for all those panels. Even if they covered every roof with a solar display, there just isn’t the room.

However, there’s a unique design that’s cropping up more and more in India. Given its success, it’s possible we might start seeing the principles applied globally.

The Success of The Solar Tree

The device, called a solar tree, was designed by the Central Mechanical Engineering Research Institute in India according to Goods Home Design. The solar tree is actually a central pole with dozens of solar panels mounted on it, so that each panel gets the maximum possible sun while taking up a minimal amount of real estate. The whole device uses four square feet of land, and each branch produces 5 kilowatts of energy. That’s enough to charge its central battery, which will produce light for a full two hours once the sun goes down.

Of course, with the advances being made in solar panels, this tree design may be a way for us to make use of vertical space in urban settings. We already have antennae on the roof, but what if we put these trees on balconies, or along buildings like flag poles? No one is using that space, but it might be the key to capturing enough sun to power the future.

Tags:
solar
This entry was posted in Green Tech. Bookmark the permalink.