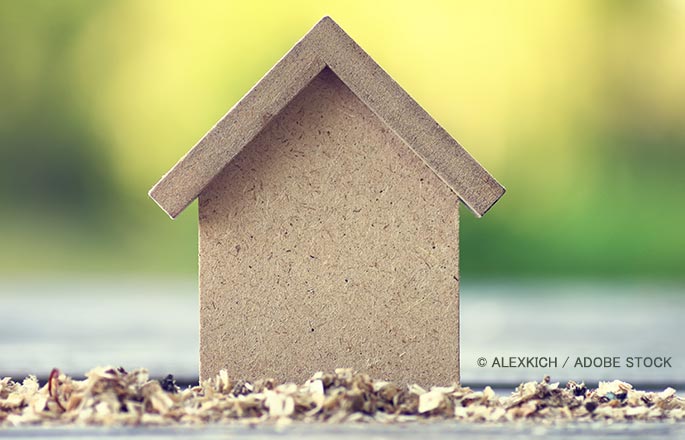 We rarely think about the way we build things. However, the same bricks, mortar, concrete and steel we use today remain largely unchanged from decades past. While we might arrange those materials in different ways, the way we produce them, and the sources they come from, are pretty much the same today as they were in our grandparents’ day.

The problem is that when it comes to building materials like concrete the way we’ve been making it is inefficient at best, harmful at worst. So instead of doing things the way we’ve been doing them, why not try something new? Especially if that new method is not just more efficient, but is also carbon negative?

Hempcrete, as the name implies, is a type of concrete that’s made using hemp. And, according to US Represented, hempcrete it has a lot of advantages over traditional concrete. It is a naturally insulated material, for example, which means there’s no need to add the fiberglass insulation usually required for concrete. Fiberglass insulation which is toxic to make, and which represents a danger to the environment. The cost is comparable to traditional concrete, and in some cases, it may even be lower. And, of course, the hemp that’s grown to make the hempcrete sucks carbon out of the air, reducing the greenhouse gases we’re pumping into the atmosphere.

Despite the United States refusing to legalize hemp, this product is legal to use in the U.S. It just has to be imported. However, as hempcrete grows in popularity in other countries, is it just a matter of time until the U.S. follows suit, and embraces a more effective, green material to help build its future?

Tags:
zero waste
This entry was posted in Green Tech. Bookmark the permalink.